The Cacophony of Culture 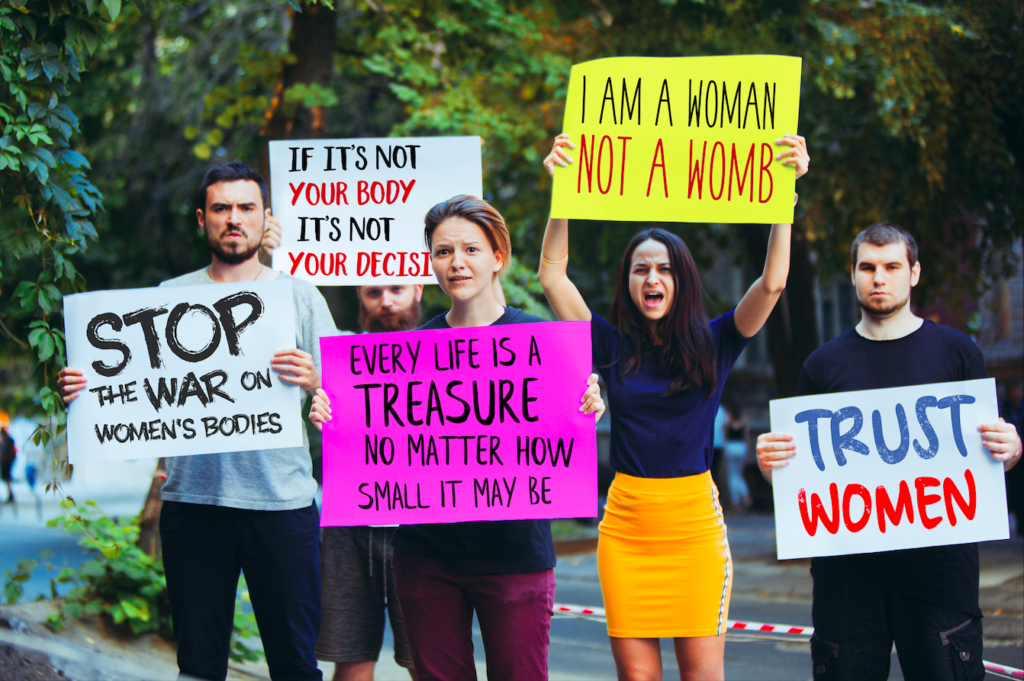 The Cultural Dissonance of 2019

This year has brought a fresh litany of fuel for the ever divisive abortion debate – primarily in the form of new legislation from both ends of the political spectrum.

Even those who are not actively engaged in the conversation surrounding this issue cannot help but notice this new flurry of political activity, as it has succeeded in bringing the tension of the debate to a near boiling point.

Within just the past few weeks, there have been hundreds of articles hurled into the public discourse from the opposing camps and boycotts have broken out all over the country. Even in Hollywood, celebrities have thrown their weight and influence behind one side or the other and have lost no time in adding their voices to the already overwhelming cacophony.

As people everywhere digest a steady diet of their favorite talk shows, news programs, and podcasts, which have become increasingly politically minded, many feel the introduction of each new measure or policy as a direct attack on their most deeply held beliefs and values. And, unable to look beyond the legislation that is consuming the public dialogue, their world is suddenly reduced to anticipating its outcome – whether it will be passed in the house or senate, signed by the governor, legally challenged, or put into effect.

And it is this divisive climate that has caused a huge swath of Americans to feel helpless and frustrated. Looking for avenues to show their support of or opposition to all that is occurring within the nation’s state houses, many have turned to social media – posting political memes, commenting on statuses, composing furious tweets directed at their opponents, or “reacting” to posts with angry faces or hearts. Others express their frustration by penning their opinions in papers, articles, and blogs. They sign petitions, join boycotts, and give money to nonprofits and legal entities defending or challenging legislation.

But, whatever you may think about the individual bills, policies, and platforms, there remains a reality that legislative action—regardless of its merits or faults—can never be looked to as an ultimate answer for the individual in their moment of need.

What Does it Mean to Be Pro-Woman?

Being informed and engaged in the political process that affects those facing an unintended pregnancy is important. But, limiting our advocacy and involvement predominantly to a digital space alone does little to help the individual facing a pregnancy decision and merely contributes to the turbulent cultural environment that has gripped America for nearly 50 years.

Although political conversations are important and should take place within our communities, legislative action alone fails to provide holistic support for the individual walking through the decision process, as it cannot account for the unique set of circumstances and needs that each woman faces when facing an unintended pregnancy. And, far from creating a safe environment for her to process her thoughts, fears, and emotions, our tendency towards a reactionary response has merely ratcheted the cacophony of the debate to such a pitch that, sadly, her voice often goes unheard.

When facing an unintended pregnancy, most want the support of their friends, family, and community. And although there are many compassionate and caring people working for nonprofits and government agencies, at the end of the day, a stranger is simply no substitute for a trusted family member or friend when one is processing such a significant decision.

Relationship is a sanctuary to those who feel alone, isolated, or abandoned in their moment of need. This holds true for those facing an unintended pregnancy, as is demonstrated in the stories and experiences of thousands of women. Sadly, all too often, instead of opening our homes or creating a safe place for them to process their thoughts, fears, and emotions, we, by virtue of our passivity and our frequent fixation on promoting our chosen camp, leave them in the hands of complete strangers, all the while claiming to be “pro-woman”.

But being “pro-woman” is so much more than a mere statement or political position. It’s a lifestyle that is lived out and marked by actions which value and prioritize the needs of women over one’s own comfort or convenience. And this releases us to step outside of our echo chambers, to get a fresh perspective, and to serve those facing a pregnancy decision in a holistic way – regardless of our political beliefs.

If we are to truly empower women to make choices that are healthiest for them and their families, we must then become, in some way, the solution to their needs. No longer can we simply vote our conscience, give money to the nonprofit of our choice, or engage in contentious political dialogue. We must instead seek to provide a safe place for those facing an unintended pregnancy to process their decision, and to become for them a refuge from the cultural confusion and noise, which is only increasing with each new piece of legislation.

We have the opportunity, by embracing The Third Choice, to provide an oasis for a generation that has been politically courted, and relationally ignored.

This approach to unintended pregnancy is needed in our communities more than ever before, and it can be embraced by women and men from all backgrounds and beliefs – designed to work outside of the binary framework of “pro” vs. “anti” to holistically serve the individual walking through the decision process.

The answer for those facing an unintended pregnancy is not more legislation, government agencies, or nonprofits. It’s you. It’s your friends. It’s your family. It’s your community. Today, each of us has the opportunity to provide a safe place, to be a safe place for women and men facing pregnancy decisions to process their thoughts, fears, and emotions, and to willingly become inconvenienced in order to meet their needs.

Sorry. No data so far.

Send Us an E-mail